INtraverse is currently working on a script which is in the development stage and will announce soon, when and where the next production will be taking place. We are still accepting New Writing with no more than three characters, focusing on political issues affecting us today.

This year has been hectic with many projects for various newspapers Amna has been Producing and Directing films and documentaries, taking her to Atlanta to the CDC to cover a piece on Polio, New York City to interview Malcolmn X daughter on his legacy. An interview with Buddy Elias, cousin of Anne Frank, in Basel Switzerland. 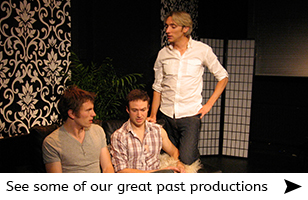